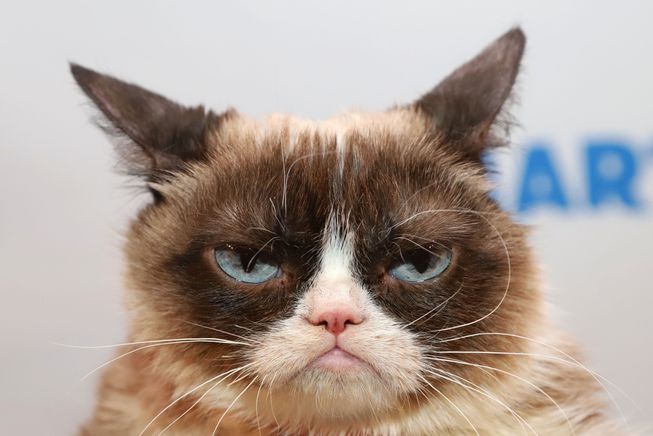 Jiffpom: With 9.2 million Instagram followers and a Guinness Book World record, this Pomeranian dog is the most popular animal in the world. In the year 2014, he won 2 Guinness world records for being the fastest animal to run 5m on front paws and the fastest 10m on hind legs. He is also an animal actor and is most popularly recognised for his star feature in a Katy Perry’s music video for the song Dark Horse. Jiffpom is really a dog of many talents as he has been known to display many human-like skills. He can give bows, offer handshakes, sign autographs, and even skateboard.

Beyonce: This particular pick has quite an interesting story. Beyonce is a dog that was very tiny when it was born. She couldn’t breathe at first and had to be resuscitated. The peculiar thing about this celebrity animal is her pint-size. And no, it has nothing in common with Beyoncé, well…other than both being celebrities. Pumpkin the raccoon: This particular animal fell into the limelight. Literally. As a one-month-old, Pumpkin fell out of a tree and landed in the backyard of a home in the Bahamas. He was then treated, adopted by a human family and is now popular enough to make this list. Talk about “miracle celebrity raccoon”.

Real name, Tarder Sauce, Grumpy the cat had 2.7 million followers on Instagram! This celebrity cat had a face that made her look like she wasn’t very impressed or maybe she just preferred to stay in bed all day. Her look was however attributed to a case of dwarfism and strange positioning of her teeth. She gained popularity after her picture was posted by the brother of her owner, which became viral. People began to make memes of it. Tarder gained such high status in the celebrity world and had various television appearances. Sadly, she died on May 14, 2019, after battling with urinary tract infection.

Boo the dog was another famous Pomeranian dog that touched our hearts. Boo, one of two brothers, was quite the celebrity. His owner, Irene Ahn was a Facebook staff member. He was first noticed after she created a Facebook fan page of him. With a large following on Instagram and Facebook and about 4 photo books, this celebrity dog was quite the star. He was named ‘the cutest dog in the world’ and rightly so due to his sweet face that fans loved. Unfortunately, Boo died in his sleep on January 12, 2019, after a series of heart problems, just two years after the death of his brother Buddy.